The Mobile World Congress, held in Barcelona from the 27th of February to the 2nd of March, is the biggest European event about the mobile industry; this year, more than 2.200 companies participated the exhibition, representing every facet of the mobile ecosystem.
Epson was one of major companies involved in the event with a big announcement: the new third generation Epson Smart Glasses line up, the Epson Moverio BT-300, were shown for the first time at the event in Barcelona.

This new model is the lightest OLED-powered binocular see-through smart glasses on the market. Here you can find some technical information:

As first Epson Moverio Evangelist, JoinPad’s president Mauro Rubin, was invited to the event to present and try the new BT-300 smart glasses.

“The image definition was actually improved thanks to the S-OLED technology; they’re also lighter and the design is more modern” said Mauro Rubin. “The smartglasses Moverio line is currently the best device on the market in the field of Augmented Reality. The BT-2000 offers the possibility of developing next-generation applications that improve the industrial processes taking into account the needs of this particular sector such as battery life and industrial certifications . The new BT-300 is perfect for accessing the Context Computing systems that mix AIs to Iot networks, opening, thanks also to Android 5.1 operating system, new opportunity on connected devices.”

The Mobile World Congress was also a big chance for JoinPad to meet again Epson Europe and America Supervisors to talk about new interesting prospects and goals about smart glasses and Augmented Reality market. Stay tuned for the next news! 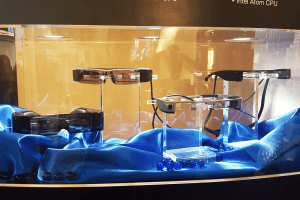 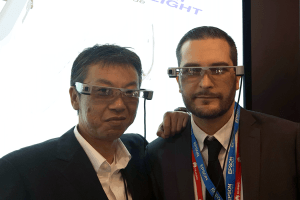 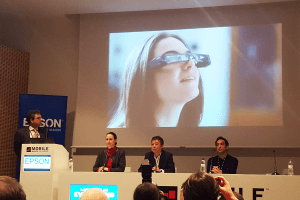 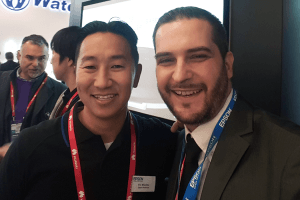